Over the past few decades, industries have been moving away from traditionally reactive, time-based preventive maintenance practices, toward a more predictive, condition-based maintenance philosophy.

This shift is no coincidence – it has been accompanied by significant advances in production automation and an expanding availability of process-monitoring data. As a result, significant resources have been dedicated to the development of health prediction models that prevent unexpected downtime, ensure healthy conditions for operating equipment and maintain product quality.

Monitoring applications that operate under multiple loads, temperatures and speeds is a challenge, mainly because different settings can change during use. Applications that exhibit this multi-regime characteristic include wind turbines, excavators, machine tools and aircraft engines, spanning across numerous industrial sectors.

When interpreting condition-monitoring signals and features, which are highly influenced by varying operating conditions, one approach has been to divide the operating space into smaller sub-regimes, developing health models for each individual operational state. Although various clustering methods are available, regime separation is typically done using one’s engineering experience and knowledge of the system. By modeling each individual regime independently, varying operational effects are mitigated and degradation signatures for each operational state can be observed.

While local regime health modeling has been demonstrated successfully for monitoring assets with multi-regime behavior, it has its limitations. In some instances, the degradation pattern may be more pronounced in one operational regime than the other. Therefore, additional modeling techniques are needed to fuse the health values from each regime and infer the health state of the whole system. Additionally, the number of varying operational states for some assets may be too large, making the local modeling approach unrealistic or unfeasible for each unique operating regime.

The high level of machine-to-machine variability between different assets is also a common challenge in process-monitoring applications. Machine variation can be a product of many things, including similar assets with varying operational states, different assets with similar functionalities and older models of a tool. Even in situations where one would expect two identical machines to deliver the same capability when manufacturing the same part, machine-to-machine variation can still happen.

For that reason, it is paramount modeling techniques used to monitor different assets consider the variation between them. The most common approach is to use individual models for each new machine. While this method works well for small-scale monitoring applications, however, it is far less feasible for production lines with many individual assets, especially if each machine needs unique models. New machines also tend to lack historical data required by some monitoring methods.

Significant machine-to-machine variation and changing operational regimes remain two of the several challenges to condition-based monitoring in industrial applications. To fully address these challenges and deploy new technologies, we must think creatively and solve problems effectively. Although some case-by-case solutions already exist, predictive analytics companies such as Predictronics work toward developing solutions for a variety of industrial use cases. 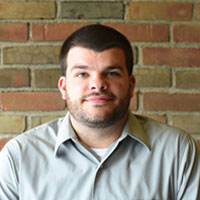 Aaron Shelly is a Data Scientist for Predictronics with 5+ years of experience in the development and deployment of predictive monitoring solutions for industrial customers, as well as expertise in diagnostic and prognostic software for industrial applications, including enhanced health monitoring in semiconductor manufacturing, failure prediction for CNC machines, and advanced fault diagnosis in automotive manufacturing. Aaron has a Master of Science in Industrial Engineering from the University of Cincinnati, where he studied intelligence maintenance systems at the NSF I/UCRC IMS Center founded by Professor Jay Lee. Connect with him on LinkedIn.

Know What Happens Next with PDX!