Predicted a motor brake issue and welding robot failure, allowing the company to perform preventative maintenance, which saves an estimated 4.5 million per year, when rolled out to an entire factory

A Tier 1 automotive supplier with over 300 robots was experiencing 25-30 robot failures a year. These failures were caused by unexpected motor breaks and led to a decline in robot accuracy. More than half of the failed motors were being replaced during production, resulting in unplanned downtime. 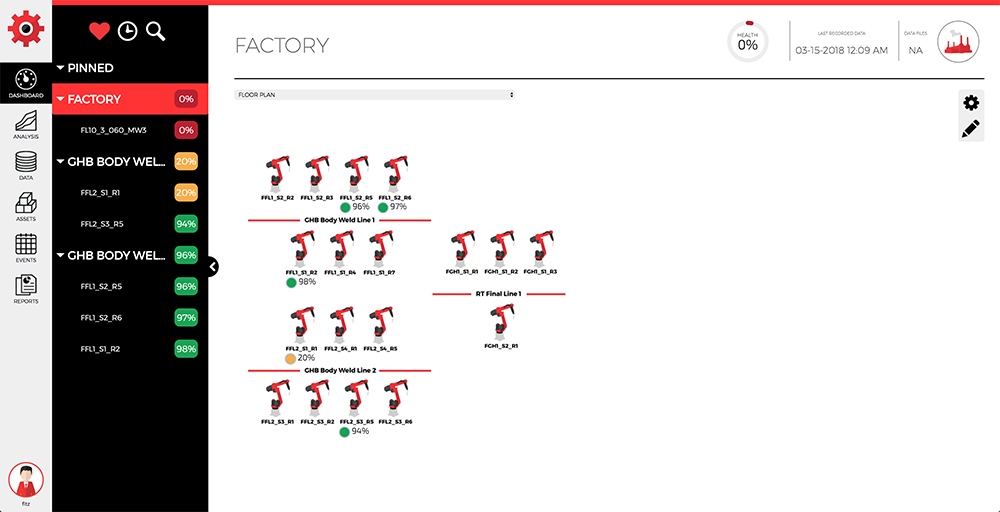 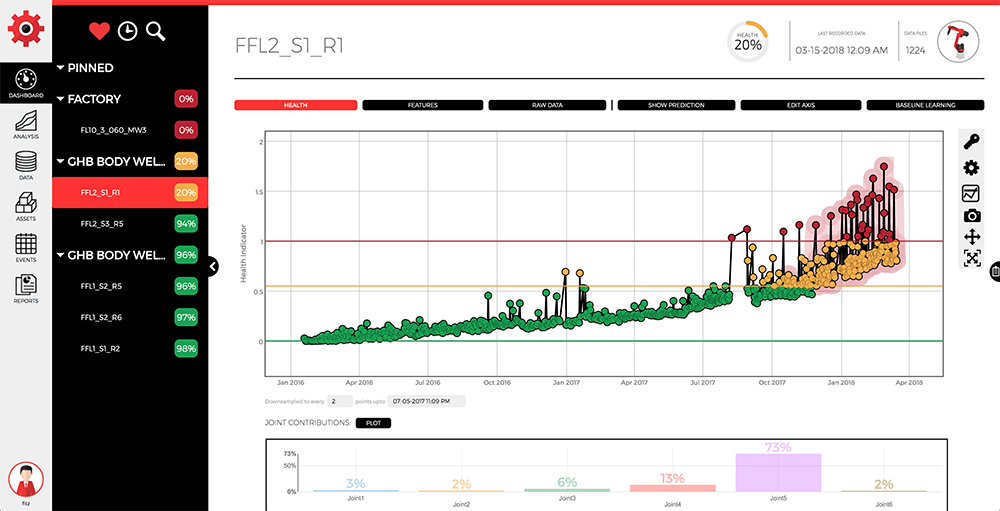 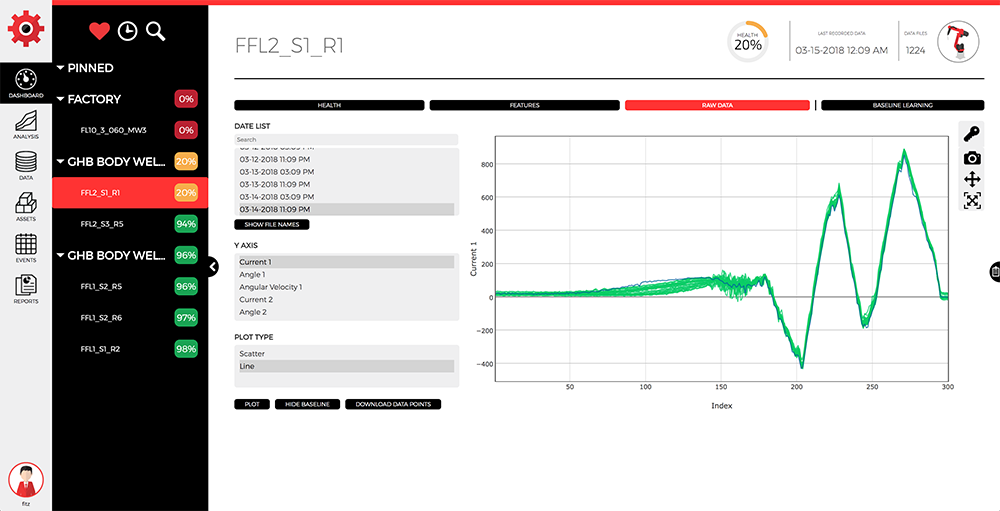 At first, the customer conducted a blind study alongside Predictronics to get real-world validation. Factory Sentinel for Industrial Robots detected a faulty motor intentionally installed in one of the customer’s robots, which gave the company enough confidence to initiate the pilot project.

Factory Sentinel for Industrial Robots predicted the one failure that happened among the company’s 20 robots during the six-month project. In the automotive industry, robot failures can cost up to $400,000. For facility-wide implementation, the potential cost savings could be 15 times higher for that customer, making Factory Sentinel for Industrial Robots a clear return on investment.

Currently, this customer uses Factory Sentinel for Industrial Robots to monitor a total of 50 robots. They plan to continue investigating areas that may benefit from predictive maintenance.